This page explores the idea of ‘health anxiety’ a little more. You might want to read about anxiety and worry generally if you haven’t done already

The commonest cause of anxiety or worry in patients with functional symptoms is worry about the symptoms themselves. What are they due to? Why doesn’t anyone seem to believe me? Am I going mad? Is it something serious? Will I become disabled in the future?

These questions are understandable questions for people with symptoms to ask. When you go to the doctor you hope to be given an explanation about whats wrong with you.

Difficulties can arise however when

Usually the patient knows that these worries about the possibility of sinister disease are irrational but they can’t shake them off. They may become increasingly anxious about whats going on and start to attend different doctors to get other opinions or simply to obtain reassurance. They may start attending out of hours services or accident and emergency departments .

Meanwhile increasing levels of anxiety about symptoms is making them worse, typically with worsening dizziness, headache and tiredness.

Increasing symptoms drives some patients to try to self diagnose themselves using the internet. This can throw up new and more frightening possiblities.

This last scenario is called health anxiety. Its actually very common, but difficult for patients and doctors to discuss. The concept of being a ‘hypochondriac’ is one which is generally stigmatised in our society

But having health anxiety is actually very distressing for the person concerned. Their symptoms are very real, if they weren’t they woudn’t be causing so much worry.

Only a small proportion of patients with functional disorders have high levels of health anxiety. Much of the health anxiety that doctors attribute to patients with functional disorders comes from the fact that the patients have never been given an explanation of any sort for their symptoms (so its hardly surprising that they continue to feel anxious about them)

Health anxiety can only be treated once the patient and the doctor identify that it is present.

Once they realise this is the case, it’s important for the doctor to stop offering simple reassurance. These will only have a temporary effect and will need repeating.

Instead the doctor should work on explaining things in such a way that the patient has an explanation of the symptoms that ‘fights off’ alternative, more alarming explanations.

The patient, for their part may need to agree not to look at health information on the web or in books, and not seek other medical opinions.

Sometimes health anxiety can resolve quite dramatically and successfully once the patient knows what it is. But getting to that stage can be difficult.

Read Ian’s Story on the Cases page for a description of what it’s like to have health anxiety.

Radio 4 broadcast a programme on health anxiety as part of their “Am I Normal” series. this has some really good patient experiences on it and explains how it can be improved

There is more information at Anxiety UK  and in an excellent self help leaflet download from Northumberland NHS Trust.

The video below is an episode of the show “Insight” from Australian TV network SBS – it was broadcast on 13th Sep 2016. For the first twenty minutes it highlights two patients with health anxiety which is mainly cognitive, ie they spend a lot of time thinking and being distressed by ill health thoughts. 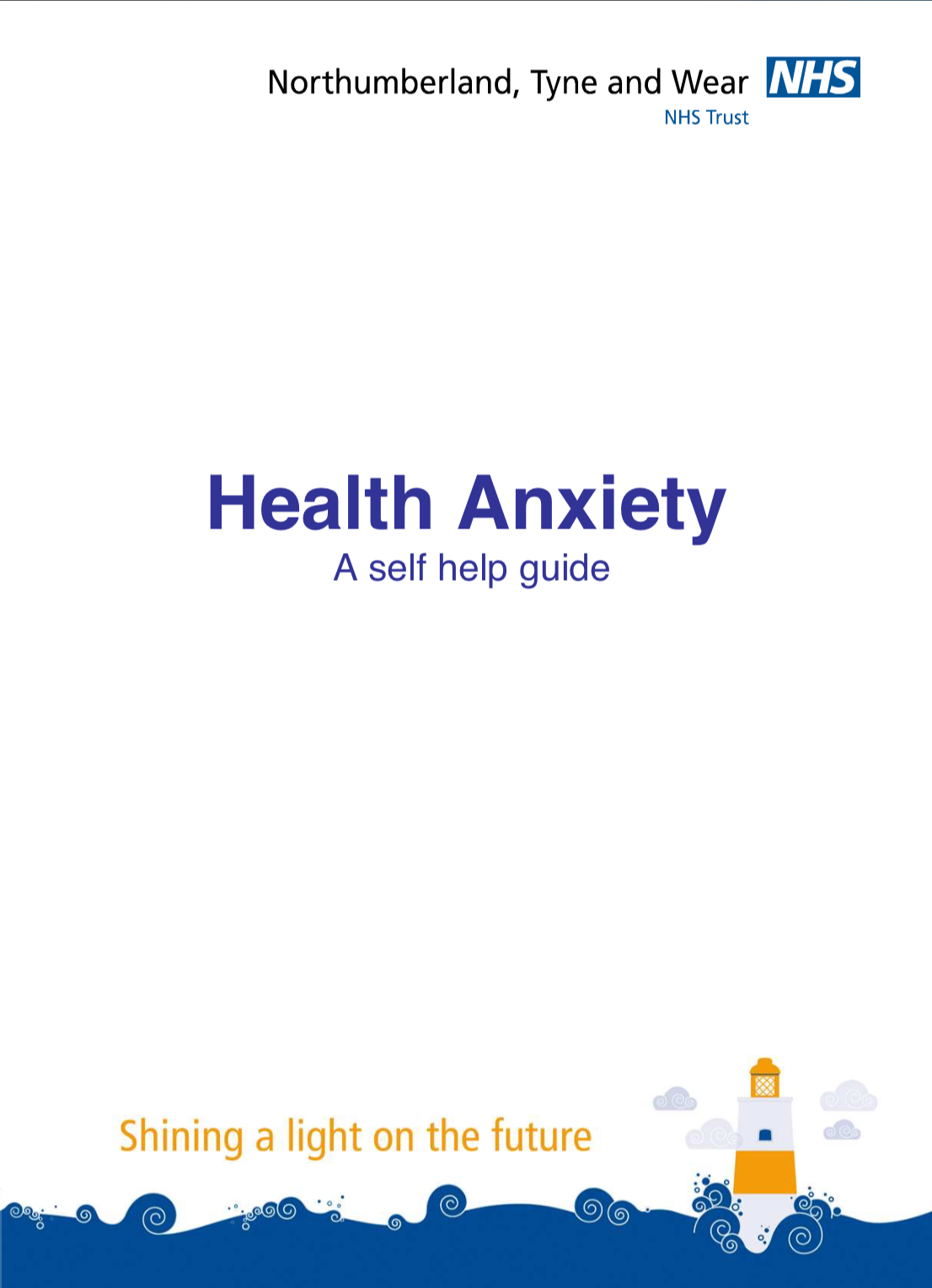