Clara is a 24-year-old woman who has had persistent dizziness for the previous two years. She had an initial illness where everything was spinning really badly (vertigo) she felt sick and could hardly get out of bed for a week. The doctor made a diagnosis of viral labyrinthitis – this is a viral infection of the middle ear that causes dizziness and usually resolves in a week or two.

As she recovered her complaint of dizziness changed to a more non-specific feeling of dizziness that she found really hard to describe to people. It wasn’t the spinning sensation anymore. She said that she felt light-headed as if she was swaying and had a feeling of motion present mainly on standing and walking but also had noticed it when lying in bed at night.

The thought of being embarrassed and falling outside made her feel anxious and so she had tended to avoid busy places and going outside as much as possible.

Over time she had found that the dizziness had started to take over her life. Initially, she had become anxious about a possible sinister cause and had found herself looking up possible causes on the internet. She then saw doctors who had carried out detailed balance tests and she had a normal MRI scan of her brain.

She now felt at her wit’s end. What was causing this dizziness, why couldn’t anyone tell her what was wrong and how to get better?

Our head, body and eyes can all move independently. Yet our brain is able to sort all this out to make sure that, for most of us, we don’t get abnormal sensations of movement.

It does this through an incredibly complex process using information from the middle ear, our feet and vision that neuroscientists are still figuring out the details of. It’s amazing it doesn’t go wrong more often!

In PPPD what happens is that the normal ‘filters’ that the brain uses to suppress feelings of movement go wrong. Instead of the brain being able to balance everything up and give you a nice smooth feeling when you are moving, the person can feel a sense of movement that they shouldn’t.

After a while, because the person notices it a lot, they start to wonder what it is. Thinking about dizziness or worrying about it “turns up the volume knob” on the sensation. That makes it even stronger – and so the vicious circle begins. I’ve tried to show this in the picture below.

Like all functional disorders, this is not dizziness that is ‘all in the mind’. The person cant just switch it off. After a while, it becomes a constant intrusive sensation – a bit like a balance equivalent of tinnitus.

In PPPD one thing leads to another. Experiencing feelings of dizziness all the time understandably commonly causes anxiety. Anxiety about dizziness often revolves around concern about the cause, so-called health anxiety, although if no one tells you what’s wrong with you that is not really the same thing. Health Anxiety is when someone can’t stop worrying about a serious cause even though part of them knows that such fears are irrational.

Anxiety in PPPD may also be centred around concerns about falling or the consequences of falling such as embarrassment. Not everyone with PPPD has anxiety but it is common. The pathways for dizziness and anxiety in the brain turn out to be quite similar. Anxiety is really tiring for the brain. Fatigue is common in PPPD.

People with PPPD become sensitive not only to their own movement but also to things moving around them. This has been called visual vertigo – although strictly speaking the dizziness of PPPD is not really vertigo. They can feel intense discomfort in places like supermarkets or on public transport or with patterned surfaces. This discomfort can lead to avoidance of those places and feelings of fear when asked to endure them.

Specific treatment of PPPD takes time and there is no ‘quick fix’ but good recovery is certainly possible even after months or years of symptoms. Ingredients of treatment include

Have a look at this diagram again and think about things on it that could be changed by the treatments listed above.

I’ve added this section to help patients talk more easily about their dizziness with doctors. Most patients with PPPD have a mixture of several types of dizziness and it can help to think about how to describe it

1. Lightheaded feeling that you’re about to faint (Presyncope) – if you have ever fainted you will know what this is! If you haven’t it may come as a new sensation to you. Typically this occurs when people are standing or if they have just stood up. It is a lightheaded feeling, sometimes with a rush of noise or fuzziness in the ears, a dimming of vision and often nausea. Doctors call this sensation presyncope. When someone actually passes out they call this syncope.

The causes of this include, standing up too quickly, and painful stimuli (like having blood taken or being at the dentist). It’s more likely to happen in hot places or if the person is eating. Men are especially prone to this when they are urinating while standing (especially in the middle of the night).

Faint feelings can also occur when people hyperventilate. This can happen during panic attacks but also as a more longstanding symptom in relation to breathing too fast or deeply. This is usually called hyperventilation.

Vertigo has lots of causes. The most common ones relate to problems with the structures in the ear which control balance. these are called semicircular canals. We have one set of semicircular canals in each ear. Most commonly bits of grit can get lodged in these and cause vertigo (this is called benign paroxysmal positional vertigo).

Migraine can also cause vertigo.

Vertigo is especially likely to induce anxiety in the sufferer. 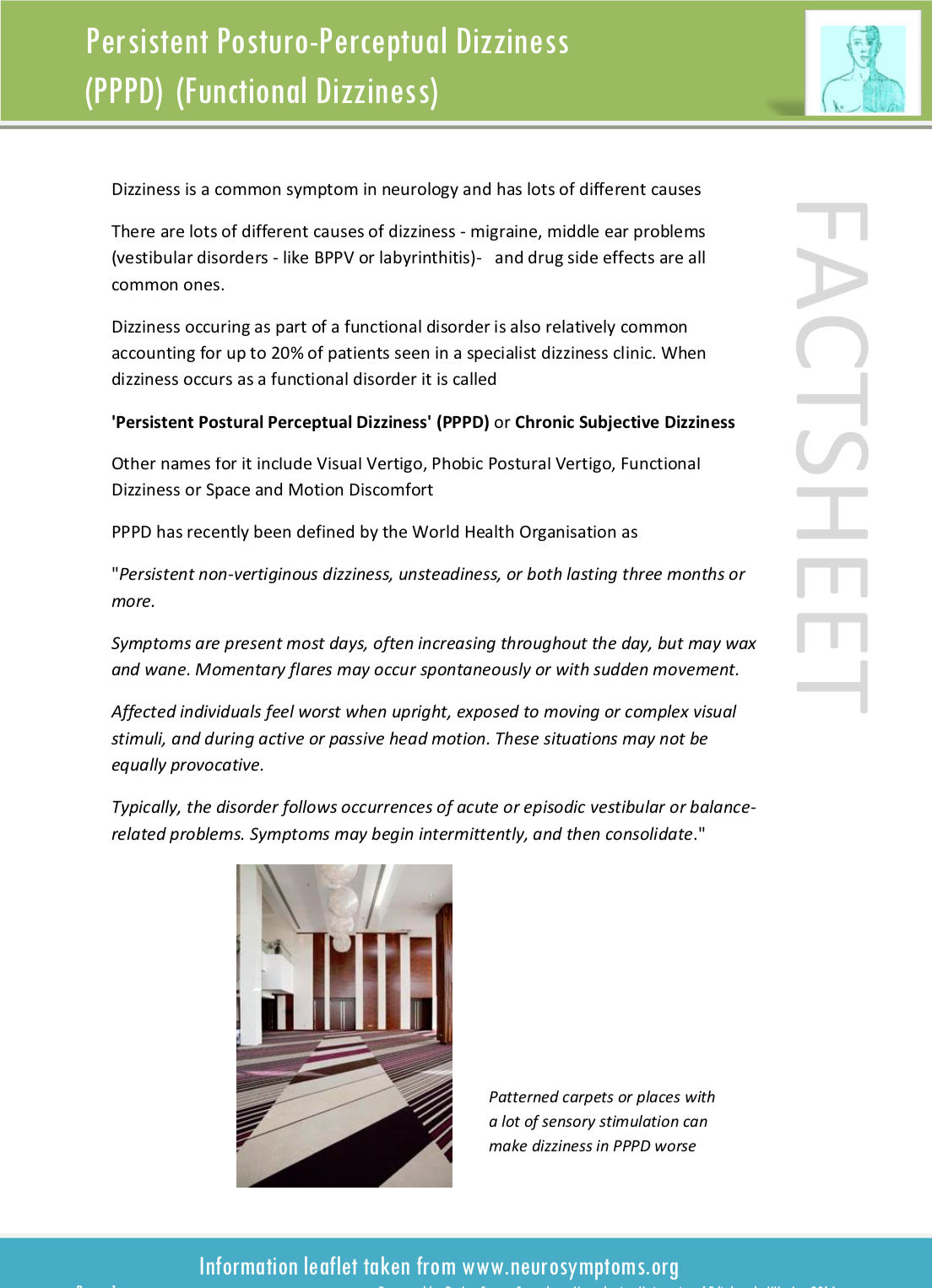